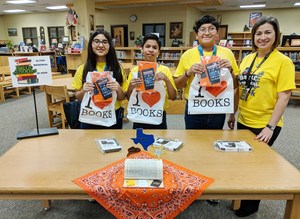 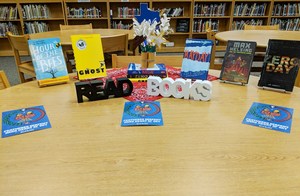 
The team advancing to the Region One Battle of the Books is Alton Memorial Jr. High and the team members are Guillermo Hernandez (8th grade), Juan Perez (7th grade) and Alyssa Rivera (8th grade).

This is the first annual event that was created by Region One ESC as an extension of the “Battle of the Bluebonnet Championship”, held throughout the state of Texas. It’s a statewide initiative that encourages middle school students to read from a designated Texas Library Association list of favorite books.

Students will answer questions about the plot, the theme, and characters from the Lone Star Book Collection. This Battle will determine which Mission CISD school will go on and represent the district in the Region One Battle of the Books, later in February. At that competition, AMJH’s winning team will battle other like-minded students from all across the region to see who will take the Regional trophy.